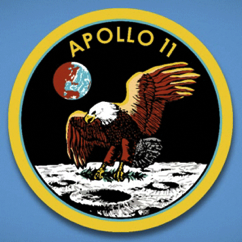 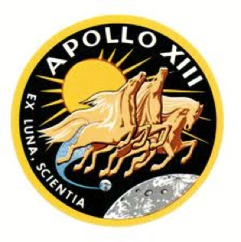 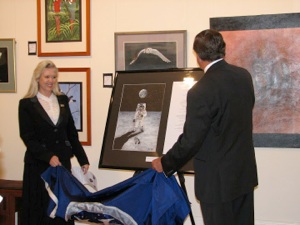 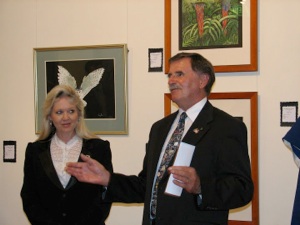 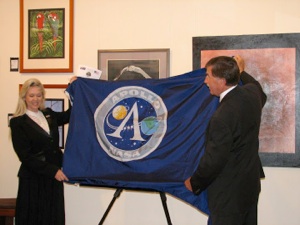 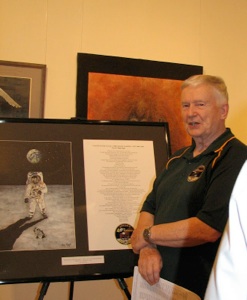 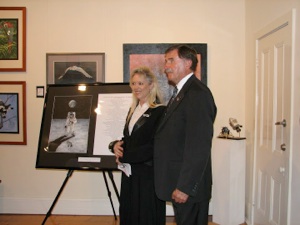 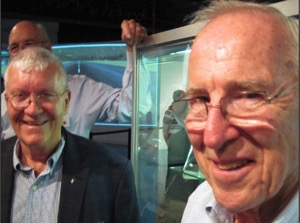 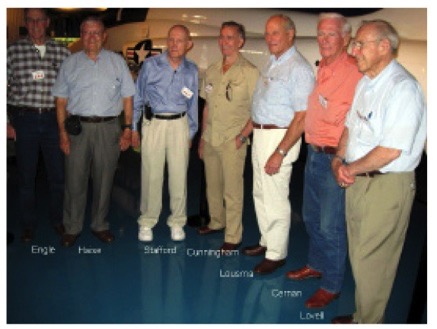 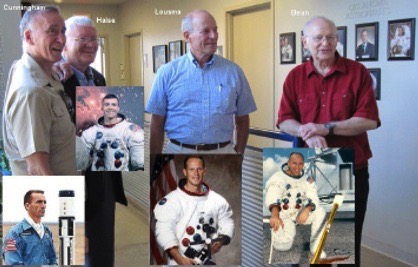 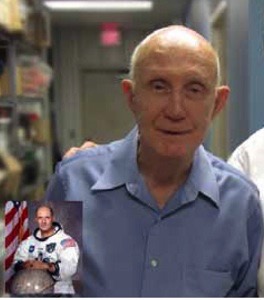 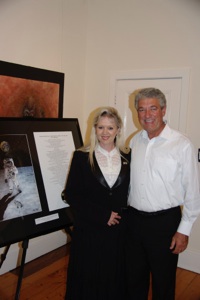 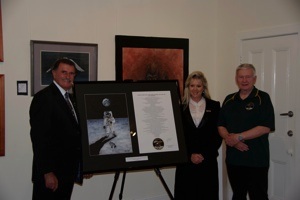 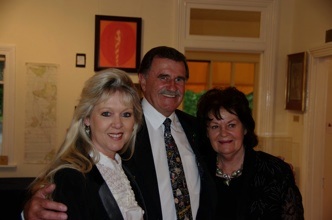 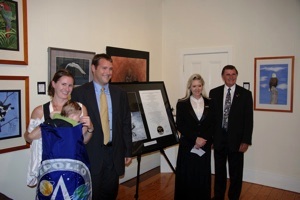 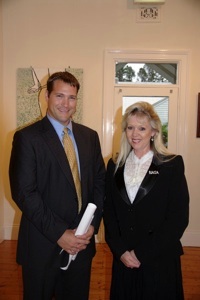 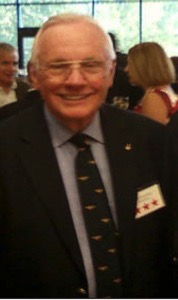 MAN STEPS FOOT ON THE MOON

It is a gift of recognition to all the people who worked at NASA in Australia who worked side by side with the people of NASA in the United States to make this historical event grow from the seed of a dream to the tree of reality on the 2Oth July, 1969.

Tracey Warren was specially commissioned to paint the portrait by veterans of NASA who were there working in Mission Control when the first moon landing was achieved and when the Apollo 13 space capsule ran into trouble.

The original painting was presented to the Australian Government on behalf of the Australian People who contributed to the mission in 1969, 40 years later on December 9th, 2009 to be placed hang and be exhibited as part of the Australian parliaments permanent collection in the gallery, Parliament House, Canberra. A.C.T. Australia.

A commemorative limited edition print was also presented to the NASA Astronauts and Mission Control staff and the United States Ambassador in Australia on December 1Oth, 2009 and is now hanging in the gallery as part of the American Ambassadors permanent and exclusive art collection in Sydney.

Above is another very special painting by Tracey Warren which was commissioned by NASA in 2010 as a very fitting tribute to all of the wonderful people who worked in Australia in collaboration with those in NASA at the Houston, Texas Space Mission Control station to successfully bring home the feared ill-fated Apollo 13 crew from their space mission.

Numerous Australians collaborated with and worked with the Flight control officers in the U.S. to help build and structure early space exploration and space development from the very beginning.

When the Apollo 13 capsule was in trouble - they all worked as a team to bring the astronauts home safely back to earth.

At NASA Mission Control in Houston in Texas, together with the people at Australian NASA headquarters, all of these heroic men and women on staff worked feverishly for 3 days to save the lives if the astronauts lives on board and bring them and the capsule safely back to earth.

There is also a copy of the Apollo 11 and the Apollo 13 limited edition prints hanging in the American Ambassadors to Australia’s Private collection in Sydney, Australia. He was present at the opening of the presentation to the Australian parliament in 2009, as one of many distinguished Australian government officials, M.P.‘s and honoured guests.

Limited edition copies of the Paintings Apollo 11 and Apollo 13 were presented by Tracey and are on special permanent exhibit at:

The Physics Department in the University of Oklahoma

The Space and Science Museum Oklahoma

All works are copyright protected by the Author Tracey Warren©

For all enquiries, please do not hesitate to contact the artist direct via the contact form below.